Spring has sprung down here in middle Tennessee. It’s a beautiful time of year and my favorite. There might be a little too much work around a farm right now, but that’s OK. I’d rather be too busy living this life God gave me than idle.

There is definitely something to that old saying, “Idle hands are the devil’s workshop.” Unfortunately, when there is nothing to do, that’s usually when my kids or myself get into trouble.

I digress. Anyway, I received a splinter in all of these chores around the farm. In all of my life, I have never done splinters well. I distinctly remember once that grownups had to hold me down to get a sliver out. Once, an adult told me that their sister was a nurse (or something like that), they were qualified to take my splinter out; I just had to sit still…

I really don’t deal well with certain kinds of pain. Other types of pain I take like a champ. But today, we will talk about my splinter. It was the weirdest splinter I ever got in my whole life! Now your thinking, why would a sliver be strange? Was it some exotic wood? No, I tell you, it was not. It was a long thin splinter on the surface, nothing weird. The unusual part was I couldn’t feel it.

Couldn’t feel it, you say? Yes, in my head right now, we are having a conversation, and I am telling you – I could not feel this splinter! At first, I thought – when did I get this splinter? Did it touch some strange nerve, and now I’ve lost feeling in my hand? Nope, I feel everything. So how on earth am I not feeling this splinter?

I realized that this splinter was on the surface. It was a half foot long – OK, maybe just half an inch, but I could see the whole thing. Just under the surface. I thought, “How weird that this thing is there. It can be seen, but I can’t feel it, and it’s not bothering me.” I realize I need to get the thing out before it goes in deeper or gets infected, but there was no pressing rush like other times I got a splinter.

Trying to get it out without tweezers didn’t work. The part that stuck out broke, though, so I left it until I could get some tweezers.

In my prayer time, it came to my attention again. I asked God to heal it, and you know what came to my thoughts? Lesson. The word lesson. God is so sweet. I love when things are unfolded. So I prayed, what lesson do I need or need to share? And I was reminded of Matthew.

I love that verse. It’s commonly quoted and used, and misused. But the lesson was two-part. First, dealing with sin is constant. I am only made perfect in Jesus. I must confess and turn away from my sin, no matter how “small” or large I perceive it. It’s easy to ignore our own sin sometimes and concentrate on others. We can think that our overeating isn’t a “big” sin. Or that the little lie is not a big deal. It is a big deal, and we need to deal with our sins no matter if we perceive them as hurting us or not.

The second point is the verse doesn’t stop at me dealing with my own sin, though. It goes on to say, “first, take the plank out of your own eye, and then you will see clearly to remove the speck from your brother’s eye.” I think that’s why we are called to guide each other gently. Encouraging one another to stay on the right path.

Brothers, if anyone is caught in any transgression, you who are spiritual should restore him in a spirit of gentleness. Keep watch on yourself, lest you too be tempted. Bear one another burdens, and so fulfill the law of Christ.

We aren’t supposed to just be working on ourselves; we are called to guide each other GENTLY. Not ignoring self but not forgetting the sin you see others doing.

So often, people are on one side or the other of this pendulum. When in reality, we need to be in the middle.

We need not think our sin isn’t as bad as someone else. Sin is sin. We need to work on ourselves being better – whatever our sin, and we need to guide each other away from sin and toward Jesus.

Do not cause your brother or sister to sin or stumble.

My brothers, if anyone among you wanders from the truth and someone brings him back, let him know that whoever brings back a sinner from his wandering will save his soul from death and will cover a multitude of sins.

Sisters in Christian hear my heart. Life is short, and on the day we all meet Jesus, I pray that I, along with all of you, can tell the good Lord that we pursued a life filled with Jesus more than any other thing. I encourage you to dig in to the Bible and encourage each other to stay on the path to Jesus. 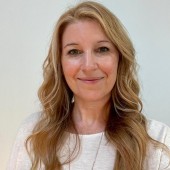 Prayer for our Children

We Were Made to Do Hard Things